She was the sort of sexy schoolgirl immortalised in countless dodgy rock songs, sneaking out of bedroom windows and into venues (though her sartorial style was more New Romantic Pirate than Angel Centrefold).

Nikki McWatters’ 2012 memoir, One Way or Another: The Story of a Girl Who Loved Rock Stars, is a smart and funny read with harrowingly honest moments that one imagines she kept wrapped until publication.

“People clearly like to read dirty laundry,” Nikki says, and on that note, you’ll want to know which bands precisely you’ll recognise. I can confirm that among them are Australian Crawl, INXS, Pseudo Echo, Duran Duran and… is that Cutting Crew?

In One Way or Another, Nikki takes us from being 15-years-old on the Gold Coast to early twenties in Sydney, to inhaling cocaine with Countdown stars at the now-legendary Benny’s in Kings Cross. Needless to say, it’s an addictive read. Nikki now lives in Terrigal with her husband Zeus and kids, and agreed to a slingshot back down memory lane. 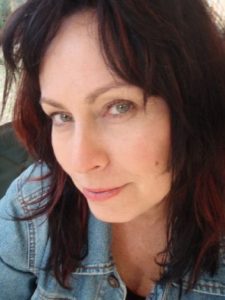 Jenny: Did anyone get in touch after the book came out?

Nikki: Old friends came out of the woodwork. Frankly I was surprised a few of them were still alive, like my old cocaine dealer. I actually did have some musicians contact me to ask me if a certain character had been them, but if you had to ask, you weren’t! The biggest thrill was getting a message from my old Duran Duran lover who had recognised himself and said nice things. I was blown away that in the chaos and chick frenzy of the ’80s, he’d remembered that tiny sliver of fun.

As we cruised down the Pacific Highway through the wary glitter of Surfers Paradise, I peeled my sticky, sweaty skin from the leather upholstery and gulped some more champagne before struggling awkwardly back into my dress.

Jenny: I drew on my teenage years to write my novel. When I started it I had long dark hair and largely wore black; by the time it finished I had short pink hair and was dressing like I was 17 again. Did you have a similar experience?

Nikki: Strange that you ask me about personal metamorphosis. I was a depressed housewife when I started the book and ended up with pink stripes in my hair as well. I definitely channelled my inner adolescent.

Jenny: I also started to see myself more forgivingly. Did you similarly start to cut yourself more slack?

Nikki: I did find the journey therapeutic and forgave myself all manner of ‘sins’. I began to see more clearly why I behaved the way I did and it was very healing. I also forgave a lot of other people in my life.

We stared in silence as Cold Chisel destroyed the stage during their final number and then sat around for awhile, finishing the Scotch and analysing our heroes and their big night.
‘Rock stars will sleep with anyone and they love schoolgirls,’ Rhonda whispered … ‘Let’s make a secret club. A rock-star fan club but… different.’
‘Yeah,’ I smiled and nodded. ‘Like a collectors’ club. We’ll set targets. Rock stars.And see how close we can get to them. We’ll collect them like butterflies!’

Jenny: Where are the members of the Vulture Club now – have they read the book?

Nikki: I am still in contact with the Vultures. They are variously arty mums and professional women and still as wonderful as ever. Only one of us ended up living ‘the dream’ as we envisioned it back in the day. Am I jealous of her? Just a little bit. I don’t think any of them have ‘come out’ about their former band girl days; not quite as over-sharing as myself! 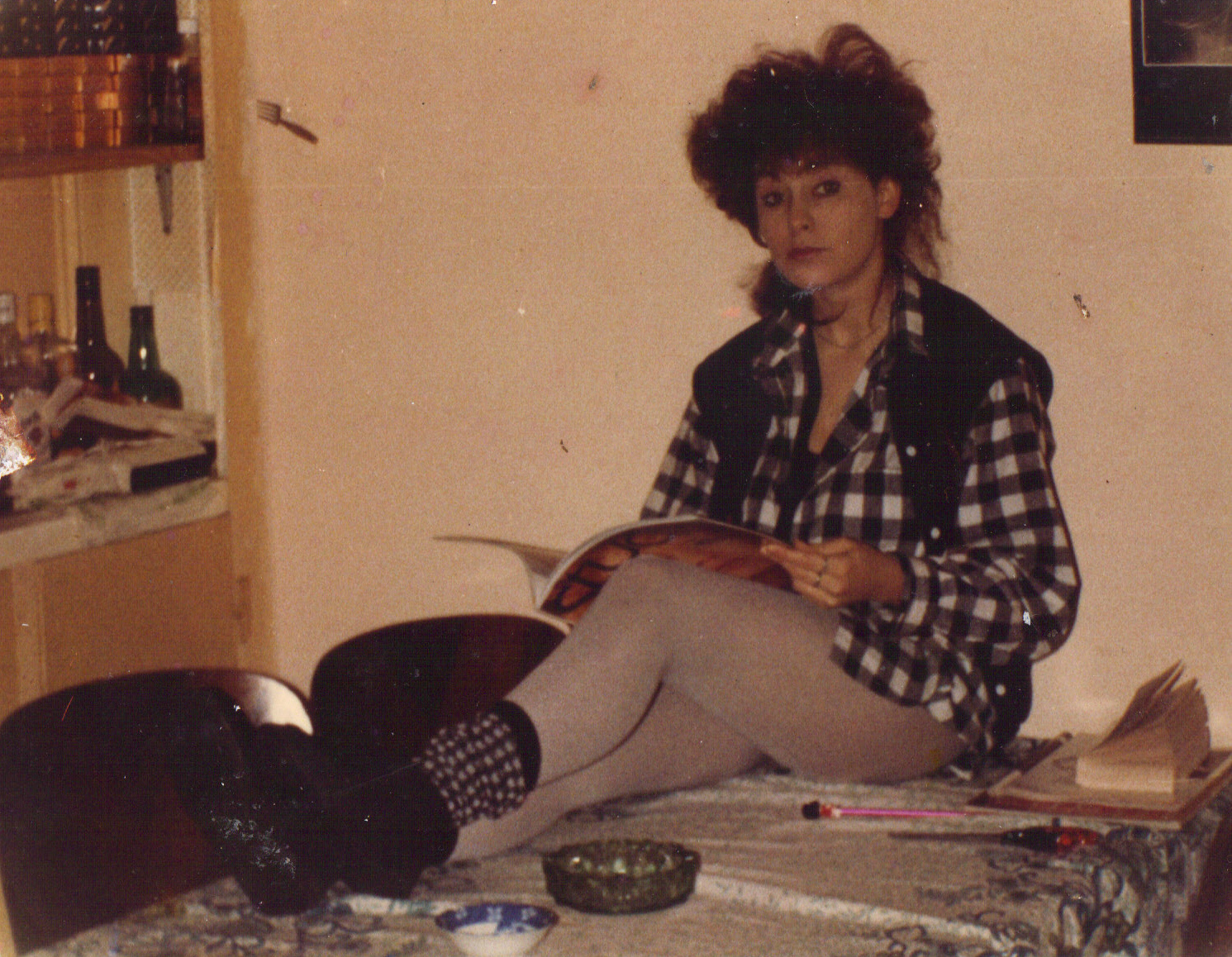 Jenny: What are your favourite rock memoirs?

Nikki: I loved Don Walker’s Shots and loved Chrissy Amphlett’s Pleasure and Pain memoir as well. I see that Molly Meldrum is releasing a memoir soon. That will be interesting (if he’s completely transparent). I also liked Andy Taylor’s Wild Boy about his Duran Duran daze and Anthony Kiedis’ memoir is an eye-opener as well.

Jenny: If you’d been successful with your guitar playing (Nikki’s teacher was Bob Spencer of Skyhooks and the Angels), what kind of band would you have ideally been in?

Nikki: I can still rock a C scale, but that’s about it. In a hypothetical band I would have insisted on being the lead singer. A little rock. A little punk. A little pop. Probably a little Blondie.

Jenny: Do you still go to gigs?

Nikki: While my eldest son is in a band, it’s a hardcore metal outfit and scares me a little. I would be afraid of falling over and breaking a hip at one of his gigs or being stabbed to death. I do still go to gigs, but casual local gigs. Most recently I caught Mark Gable and Steve Kilbey at Lizottes. Great show. Great fellas. Also took in the Stevie Wright show starring Scott McRae… wonderful. I don’t get out as much as I’d like to because I still have little children and live in a sleepy beach town away from the city.

Jenny: You document your auditions as an aspiring actress, and one of the successful roles was as a bassist in Stringer, an ABC rock drama about an all-girl band. How did that music series compare to Sweet and Sour?

Nikki: Stringer was a great television series and the soundtrack was brilliant (Kate Ceberano, Wendy Matthews and a sprinkle of Joy Smithers). I don’t think it’s online anywhere, but Joy sent me a copy of the clip not so long ago and I love playing it to the kids: “Look, Mum’s a rock star … well … just pretending.” It was less rock’n’roll’ than Sweet and Sour. I’m still mates with Ric Herbert, who starred in that. I loved Sweet and Sour. Great show.

Jenny: Which women did you want to be when you were a teenager/in your young twenties? You mention giving Chrissy Amphlett’s pout in your Stringer clip, and of course the book’s named after a Blondie song.

Nikki: As an impressionable young woman, I was first captivated by Deborah Harry and wanted to be her. Then it was Madonna. But when Chrissy Amphlett entered the picture it was like a nuclear bomb. I was a little bit in love with her and probably modeled my look and persona on her for years. My ex-husband worked for The Divinyls for a time, designing stage sets, so I got to see a lot of the band and found CA to be one of the most powerful performers I’ve ever experienced. 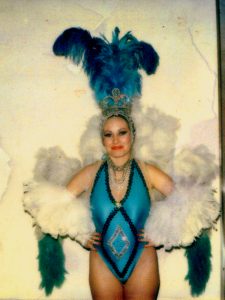 Jenny: Another of your books, Sex Crimes, is set in the world of music, but reminds me of the Kim Duthie/Ricky Nixon story. Are there shades of that?

Nikki: Interesting that you saw a connection between the St Kilda schoolgirl drama and my book. It wasn’t far from my mind while writing the book although it was based on a story I had heard in the music industry. As a former schoolgirl groupie, myself, who engaged in dangerous liaisons with older musicians, I was fascinated and appalled by the football groupie scenario. I never ever wanted to destroy my rock star lovers or get revenge when they tired of me. It was for that reason that I chose not to name my characters and ‘out’ them. I didn’t think that was fair. I didn’t want to hurt them. I felt terribly sorry for that young St Kilda girl but she had some issues that ran deep and her need for revenge and attention was destructive, not just for her lovers but for herself as well. The media were shameless in their coverage and abuse of the situation. What a freakin’ train wreck!

Jenny: You’ve written different books in different genres: YA, psychological thriller, health… why do you write under different names?

Nikki: I have a YA book coming out in September and chose to write it under a former name because I wanted to differentiate myself from the adult writer. That said, much of my ‘ mail’ for One Way or Another has been from teenage girls. My other indie books, available on Amazon, are written under various names because I’m building up brands: Nik Boston does adventure stuff, Sybilla Thompson does sweeping outback dramas. I’m currently working on a fictional memoir of a certain Lady whose surname begins with Mc B… and she’s Scottish. As there is a curse attached to the legend, I’m not sure what I’ll publish that as! 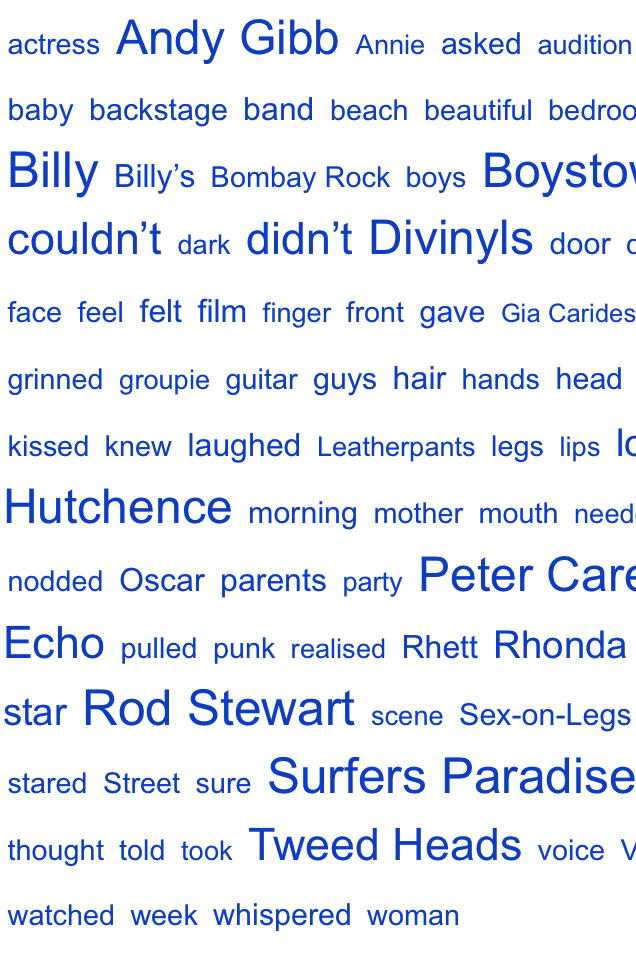